Conference Series Ltd invites all the participants across the globe to attend 11th World Congress on Virology and Infectious Diseases Tokyo , Japan. 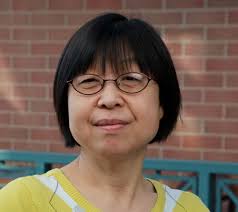 Dr.Xiuqing Wang received her Ph.D. degree in virology/pathobiology at the University of Connecticut. She did postdoctoral work in Dr. Stephen Dewhurst’s laboratory in the Department of Microbiology and Immunology at the University of Rochester medical center. Dr. Wang’s lab is primarily focused on viral pathogenesis, viral immunity, and vaccine development. The main research topic areas include the better understanding of the innate immunity against porcine reproductive and respiratory syndrome virus (PRRSV) and porcine epidemic diarrhea virus (PEDV) and innovative approaches for novel vaccine development against these devastating diseases. We primarily use primary monocyte-derived dendritic cells and MARC-145 cells as an in vitro model system to study virus-host interaction and innate immunity. We are particularly interested in the role of type I interferon and interferon induced genes such as protein kinase R (PKR) in virus replication. We are also assessing the role of stress granules in PRRSV and PEDV replication.

Statement of the Problem: Porcine reproductive and respiratory syndrome virus (PRRSV) is a single-stranded, positive-sense RNA virus with a genome size of approximately 15 kb. PRRSV belongs to the Arteriviridae in the order of Nidovirale. PRRSV causes acute respiratory disease in neonatal and young piglets and reproductive failure in pregnant sows. The role of PRRSV nonstructural and structural proteins in modulating the transcriptional activation of type I interferon in MARC-145 cells and human cell culture system including HeLa cells and 293T cells has been described previously. The purpose of this study is to investigate the interaction between PRRSV and host’s innate factors including type I interferon, interferon-induced genes such as protein kinase R (PKR), and stress granules. Methodology & Theoretical Orientation: Porcine monocyte-derived dendritic cells and MARC-145 cells were used to study the virus-host interaction. Real-time RT-PCR, RNA silencing, western blotting, ELISA, and TCID50 were used to understand the strategies used by PRRSV to evade host’s innate defense mechanisms. Findings: PRRSV activates the transcription of type I interferon in porcine monocyte-derived dendritic cells. However, PRRSV interferes with the translation of type I interferon in these cells partly through cytopathogenicity since UV and heat-inactivated viruses lose their ability to interfere with the induction of type I interferon by porcine Poly I:C. PRRSV transiently activates PKR during early infection. PKR is not a major contributor to the phosphorylation of eIF-2a, but it plays a pro-viral role in PRRSV replication. PRRSV fails to induce stress granules in infected MARC-145 cell. PRRSV interferes with the formation of stress granules formed by treatment with arsenite sodium. Conclusion & Significance: PRRSV has evolved multiple strategies to evade host’s innate immunity. A better understanding of the virus-host interaction may provide novel insights on the design of innovative strategies to control and prevent the devastating disease in pigs.

Keynote: Inactivation Kinetics of DNA- and RNA- Viruses by Ozone-air Mixture in a flow mixer

Dr Nosik Nikolai N. Graduated from Moscow Medical University in 1956, physician. In 1959 completed the Post Doc course at the D.I. Ivanovsky Institute of Virology  Acad. Med. Sci. USSR and received PhD degree in virology. 1988 – Doctor of Science (virology), 1990-  Professor. Since 1959 have been working at the D.I. Ivanovsky Institute of Virology  Russian Acad of Med. Sciences. the head of the laboratory. From1968 till 1973 was working for the WHO and as an WHO Expert in virology in SEARO (India) on national and international projects on virology and epidemiology.  Main activity was connected with poliomyelitis in India and afterwords was conducted to enteroviruses in South-East Asia Region (India, Nepal, Burma, Thailand).In 1975 as a visiting scientist was doing the research  study on oncornaviruses  at the National  Institute of oncology in Fort Detrick, Maryland, USA. In 1976 and 1978 as visiting scientist was involved in the study on interferons (ISERM program) in Paris, France. Since that time main scientific interests have been connected with interferons , immunomodulators and antiviral preparations, antiviral immunity, cytokines and ctr.At present my research  focuses on  the prevention of viral diseases ( inactivation of pathogenic viruses  with chemical and physical means (UV, ozone)) as well as studies  on antivirals  (natural and synthetic origin  - betulin derivates, Fullerene derivates and others).

Virucidal activity of ozone is well known: dissolved in water it kill viruses very fast. The virucidal capacity of ozone in ozone-air mixture is less known.  The goal of the study was to investigate the virucidal potentials of the ozone–air mixture and kinetics of virus inactivation.

Materials and methods-Ozone (O3 ) was generated from oxygen with ozonizer ( 1.0 – 75.0 mgl). The  ozone concentration was determined by the spectrophotometric methods. Virus contaminated samples were placed into the flowing reactor. Viruses: poliovirus type 1, vaccine strain (Sabin) and adenovirus, type 5, were obtained from the State virus collection. Titrations of viruses were carried out in appropriate cell cultures. CxT value    ( mgl x min) was calculated.

Results-Metallic, polycarbonic and fiber “Kevlar” samples were contaminated with virus, dried and treated with ozone-air mixture in the flowing reactor. Kinetics of poliovirus inactivation: in 15 min  at 5.0 mgl -2.0 lg TCID50 inhibition , in 15 min at 10 mgl – 2.5 lg TCID50 , 4.0 lg TCID50 inactivation of poliovirus was achieved after 75min at ozone concentration 20.0mgl (99.99%). ( CxT = 75, 150 and 1500 mgl x min on all three types of surfaces). It was found that  the inactivation of poliovirus was more effective  when the virus contaminated samples were wet (in 15 min at 20mgl inhibition of virus in dry samples was 2.0 TCID50 , in wet samples – 4.0 TCID50). Adenovirus was less resistant to ozone treatment then poliovirus: 4.0 lg TCID50  inhibition was observed after 30 min of the  treatment with ozone at 20mgl ( CxT mgl x,min = 300 for adenovirus as for poliovirus it was 1500).

Conclusion-It was found that ozone-air mixture inactivates viruses at rather high concentrations (compared to the reported effect of   ozone dissolved in water). Despite  of that there is a difference in the resistance to ozone action between viruses – poliovirus is more resistant then adenovirus -  ozone-air mixture can be used for disinfection of large rooms. The maintaining of the virus contaminated surfaces in wet condition allow to decrease the ozone load for virus inactivation.

Keynote: Phylogenetic Analysis of Norovirus and Detection of New GII.4 variant in children under 5 years of Age.

Dr.K.Nagamani has completed her MD Microbiology from Dr.NTR University of Health University. She is the Professor and Head of department of microbiology, Gandhi Medical College, Secunderabad, Telangana State, India. She has published more than 12 papers in reputed journals and has been serving as an peer reviewer of repute journals.She is Nodal officer for State level Virology lab and for multidisciplinary research unit at Gandhi medical college.She has worked as a Principal Investigator in the projects such as “Molecular Epidemiology of Norovirus Infected children under 5years of age” and on an  International Project, a collaborated work between Stanford University and Gandhi medical college titled “Understanding Community - Associated Antimicrobial Resistance”.Her keen interest is on virology that would help her contribute her best to the fields of Medical Virology and Immunology, thus making a difference to the society.

Noroviruses (NoVs) are the main viral agents in acute diarrhea outbreaks and sporadic cases for all age groups worldwide. Noroviruses are considered fast-evolving viruses and present an extensive diversity that is driven by acquisition of point mutations and recombination. Since the mid-1990s, six global epidemics have been documented and each has been associated with the emergence of a new GII.4 variant. US 1995-1996 virus, Farmington Hills 2002 Virus, Hunter 2004 virus, Pandemic strains Den Haag 2006b and Yerseke 2006a, New Orleans 2009, Sydney 2012. Despite this extensive diversity, a single genotype (GII.4) has been shown to be the most prevalent in humans worldwide. Thus, the present study was aimed to determine the molecular epidemiology, prevalent genotypes and phylogenetic analysis of norovirus infection in symptomatic and asymptomatic children less than five year of age in Hyderabad region, India.

Methods:The stool samples and clinical data were collected from 458 children less than 5 years of age comprising of cases with acute gastroenteritis (n=366) and control group (n=92) admitted to the paediatric ward.The study was approved by Institutional Ethical Board.All the samples were tested for Norovirus antigen detection by sandwich-type ELISA and nucleic acid detection byRT-PCR and sequencing was done for predominant strain.

Results:Of the total study group (n=458), (n=366) are cases and (n=92) are control group. A 8.7% (n=32) of cases and 3.2% (n=3) of control group were found to be Norovirus positive by ELISA method. 19.6% (n=90) children has taken rotavirus vaccination. Disease severity was found to be with less than 9 episodes of loose stools (p<0.05), 6-7 episodes of vomiting (p<0.05), mild dehydration, and abdominal pain were observed in cases. Prevalence of Norovirus infection was found to be 10.3% by RT-PCR. Predominant genotypes were GII-82.5% (n=33) followed by GI-12.5% (n=5). Phylogenetic analysis of genotype GII was done for 20 samples by MEGA6 software by maximum-likelihood tree were two cluster of Norovirus GII.4 was observed. The cluster was distinct from remaining GII.4 variant were 18 belong to one and 2 belong to another sub cluster.

Conclusion:Emerging of new GII.4 variant was observed in this study. Monitoring and proper diagnosis is needed to reduce the burden of illness due to Norovirus and detection of emerging new Norovirus variants.