Conference Series Ltd invites all the participants across the globe to attend 11th World Congress on Virology and Infectious Diseases Tokyo , Japan.

Keynote: A very excellent Anti-HIV modified nucleosides from design to the current results of clinical trials

4’-C-Ethynyl-2-fluoro-2’-deoxyadenosine (EFdA) is attracting much attention due to  its extremely excellent anti-HIV activity and  physiological properties. EFdA  prevents the emergence of resistant HIV mutants,  is over 400 times more active than AZT and several orders of magnitude more active than  the other clinical reverse-transcriptase inhibitor y 2’, 3’-dideoxynucleoside drugs, very low toxic, very long acting,  and very useful for prophylaxis.EFdA is now under clinical trialsby Merck &  Co. as MK-8591.In the beginning,  a general  idea for the development of anti-viral modified nucleosides is presented, and  next,  the development of EFdA is discussed and then  the current results of the clinical trials reported by Merck will be presented.For the design of the modified nucleoside which could solve the critical problems that  the clinical drugs have (emergence of drug-resistant HIV mutants,  adverse effect by drugs, necessity to take  consirerble amount of drugs), four working hypotheses were proposed .  They are (1) the way to prevent the emergence of drug-resistant HIV mutants, (2) the way to decrease the toxicity of modified nucleosides, (3) the way to provide the modified nucleoside with stability to both enzymatic and acidic glycolysis for long acting, and (4) it is possible to develop selectively active to HIV and very low toxic to human based on the difference of the substrate selectivity between viral and human nucleic acid polymerses.4’-C-substituted-2’-deoxy nucleoside (4’SdN) was designed based on the hypotheses (1 and 3), and the additional  modification of 4’SdN was performed  based on the hypothesis (2). The details of the all  hypotheses will be discussed.To prevent the deamination of adenine by adenosine deaminase, a fluorine atom was introduced at the 2-position of adenine.Finally, EFdA, modified at the two position (2 and 4’) of the physiologic 2’-deoxyadenosine and has  extremely excellent anti-HIV activity,  was  successfully developed.

Keynote: Evolution of hepatitis B virus genome in the post antiviral era: Increasing prevalence of the G1899A mutation and its association with liver cirrhosis 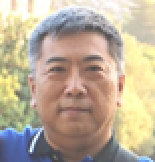 Dr.Chau-Ting Yeh obtained his MD from National Taiwan University and PhD from Department of molecular microbiology and immunology, University of Southern California. He is the director of Liver Research Center, Chang Gung Memorial Hospital, Taiwan, since 2007. His research interests focus on (i) HBV antiviral drug-related mutants and their oncogenic potential, and (ii) New strategies applying precision medicine to treat hepatocellular carcinoma. He has published more than 200 papers in SCI indexed journals.

Statement of the Problem: Replication of hepatitis B virus (HBV) depends on an error prone reverse transcriptase encoded by the viral polymerase gene. Mutations developed along the clinical course of chronic infection. Following widespread use of antivirals, lifelong administration of polymerase inhibitors posted a serious threat to the virus, forcing it to execute further adaptation. To date, there was no study monitoring the changes of HBV genomes over time in the post antiviral era. Methodology & Theoretical Orientation: Recently, we analyzed basal core promoter (BCP)/precore sequences in 1224 treatment-naive chronic hepatitis B patients in the post antiviral era. The prevalence of all BCP/precore mutations were compared year-on-year. Subsequently, we analyzed age-dependent correlation between BCP/precore mutations and liver cirrhosis. Findings: Overall, the prevalence of HBeAg-negative chronic hepatitis B was increasing (P < 0.001) and the patients’ age was also increasing (P = 0.001), independent of HBeAg status. Additionally, the prevalence of both G1896A and G1899A mutations was increasing (from 67.50% to 74.45% [P = 0.003] and 20.00% to 26.81% [P = 0.019], respectively). In HBeAg-positive subgroup (n = 398), only the prevalence of G1899A mutation and HBV-DNA levels were increasing yearly (from 2.50% to 17.44% [P = 0.038] and 7.74 to 8.30 Log10 copies/mL [P = 0.013]). These two factors were also independent to each other. In HBeAg-negative subgroup (n = 826), a significant decrease in the prevalence of A1752G mutation was found (P = 0.022). Subsequent study showed that the G1899A mutation was associated to liver cirrhosis development in old age patients. In fact, in patients > 65 years of age, G1899A was the only associated mutation when evaluating all BCP/ precore mutations. Conclusion & Significance: HBV continued to evolve in the post antiviral era. The prevalence of G1899A mutation was increasing, associated with liver cirrhosis in old age patients.

Chinese Academy of Medical Sciences and University of Toronto, China

Keynote: Activation of the ubiquitin-like ISG15/USP18 signaling pathway contributes to interferon resistance of HCV and HBV

Dr.Limin Chen,affiliate scientist with the University of Torontoa and also a professor with the Chinese Academy of Medical Sciences (CAMS) and Peking Union Medical College (PUMC), now is the director and chief scientific officer of the center for transfusion transmitted diseases, Institute of Blood Transfusion (IBT), CAMS/PUMC, Member of the American Association for Studies of Liver Diseases (AASLD) and Canadian Association for Studies of Liver (CASL). He obtained his MD, MSc in biochemistry and molecular biology in China, PhD in molecular genetics at the University of Toronto. Dr. Chen obtained his postdoctoral training both at the Merck Research Laboratories and at the Harvard Medical School . Currently Dr. Chen’s research focuses on the virus-host interaction of the hepatitis viruses, especially HCV and HBV.  He pioneered the work on identification of the response signature of HCV non-response to interferon treatment and proposed a novel mechanism on how HCV exploits host innate immune response to benefit its persistent infection and resistance to interferon-based therapy.

Activation of the type-I interferon (IFN) signaling pathway poses the first line of defense against many virus infections, including HCV and HBV. Our previous work identified, using high throughput gene expression profiling,  18 differentially-expressed hepatic genes between treatment responders (Rs) and non-responders (NRs) to IFN treatment of patients chronically infected with HCV. 3 out of these 18 genes are involved in the same ubiquitin-like ISG15/USP18 signaling pathway, with higher expression levels in the pre-treatment liver tissues of NRs, indicating that activation of the ISG15/USP18 signaling contributes to treatment non-response leading to persistent infection. Similar findings were observed in chronic HBV infection. Mechanistically, some of these ISGs, such as ISG15 and ISG16 stimulated HCV replication and blunted IFN anti-HCV activity. All these data point out that type-I IFN signaling is a “double-edged” sword: while activation of this pathway is indeed necessary to control viral spread, over-activation of this pathway leading to the activation of the ISG15/USP18signaling  actually benefits virus to facilitate its persistent infection.

Dr.Gilbert Glady acquired during the last twenty years an expertise in immunology and immunogenetics, and also developed interest for alternative medicines, that leaded him to nanomedicine and nanobiotechnology. He thus became in 2010 the creator of the BI(G)MED method (Bio Immune(G)ene Medicine) and director of EBMA, the European association for training the medical profession in BI(G)MED. He has participated in numerous international congresses in the field of immuno-allergology, infectiology and oncology with posters and oral presentations.

The term "viral reactivation" is far from being widely accepted by the scientific community; perhaps this is due to an initial semantic misunderstanding of the notions of infection and reactivation, the second not being a particular form of the first, but something very different coming under a permanent but somehow restrained conflict existing between a latent and recurrent virus and the immune system. EBV is among all viruses the one where the concept of reactivation applies the best, with its genome being of consistent size and very adaptive, able to modulate various types of latency, to mimic the immune reactions engaged against him, to integrate into cellular DNA to controll it and ultimately immortalize the carrying cell. This viral reactivation, expression of a conflict whose outcome will long remain uncertain, will be able to generate a large number of pathological disorders, ranging from a banal chronic fatigue syndrome to malignancies, to a large number of auto-immune diseases. Once the biological diagnosis has been made, it is important to implement a treatment capable of neutralizing the aggressor and preventing him from initiating the pathophysiological processes responsible for the mentioned above disorders. This possibility exists today by resorting to a therapy using ultra low doses of various types of immunocompetent molecules, but also of epigenetic regulators such as non-coding RNAs being of viral origin or belonging to the host cell. Some clinical examples will make it possible to better specify the therapeutic procedure used and to emphasize its biological effectiveness.